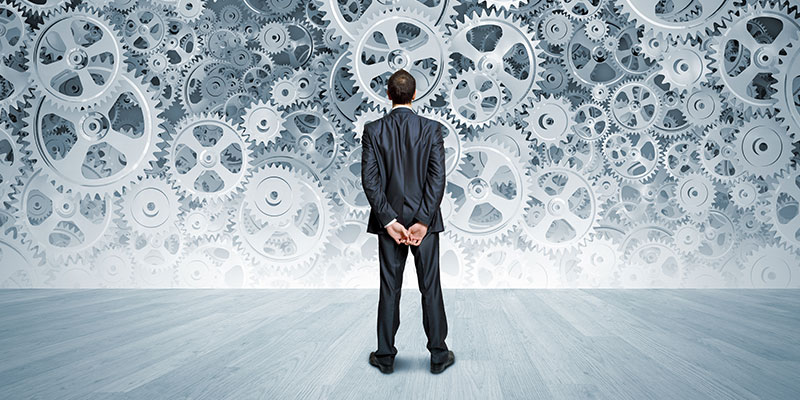 Organizational culture – what is it? Why is its creation important for the company?

In each workplace, a common vision, the most important values and desired behaviors are established. This is done in order for the business to function properly. Without it, creating an appropriate image is not possible, and business may not bring high profits. Despite this, not everyone is aware of the importance of the organizational culture. What is it and what do you need to focus on when building it?

What is organizational culture? Definition

Organizational culture is believed to be an integral part of the workplace and plays a key role in it. There are many definitions of this concept. According to economists, it is “the appropriate organizational climate and management method, a system of incentives, qualifications, and interpersonal relations.” According to E. Schein, the culture of an organization can be called a pattern of basic assumptions discovered, invented or developed by a group during its confrontation with its internal problems or with the problems of the environment. There are many other definitions, but they have common points from which it can be concluded that the organizational culture expresses patterns of behavior, norms and values relevant to the company. It has various functions:

– enables the integration of employees,
– determines the manner and time of criticizing people in power, and the decisions they make,
– allows you to understand the strategy and assumptions of the company, as well as to identify its basic goal,
– increases employee involvement,
– defines the boundaries of the group, and additionally the criteria for accepting and rejecting it,
– allows you to avoid aggressive actions and negative emotions, and soothes conflicts.

Organizational culture is based on various disciplines, such as organizational sociology, social psychology and anthropology. It makes it possible to distinguish a given company from others on the market, and also attracts people with similar values.

The aforementioned E. Schein distinguished three elements of organizational culture, that is: artifacts, norms and values, as well as basic assumptions. They should be compatible with each other. Artifacts are conscious, visible, but also artificial cultural creations that require interpretation. They are divided into several types:

Norms and values are an element more durable than artifacts, but also more difficult to observe. These include:

In turn, the basic assumptions are considered to be the foundation of any organizational culture. This element is the most durable of all three, and at the same time the most difficult to notice. It mainly includes:

– Klan – otherwise family culture, typical of local, small businesses. They all share similar personality traits, share the same values, and maintain friendly relationships. Great emphasis is placed here on employee involvement and team building, but also on tradition and loyalty. In the culture of the clan, an important role is also played by freedom of action and a partner-like attitude towards clients.
– Market – popular in particular in very large sales companies. It puts emphasis on getting tasks done and improving results. There is a lot of competition between employees and leaders. Hostile attitude towards competition, sometimes also towards the customers themselves, is a common phenomenon in market culture.
– Hierarchy – the opposite of the clan culture, there are many professional levels and well-defined structures and rules here. The leader ensures that the employees are correctly following the procedures. It is a bureaucratic and formalized culture, characteristic of international corporations. Problems and situations that arise are usually solved at a given level.
– Adhocracy – it is characterized by innovation and creativity. The exercise of power is exercised by people who have the greatest knowledge in a given field. The culture of adhocracy is dynamic, focused on constant development and adaptation to the changing reality. Employees are encouraged to new ideas and experiment.

Another division can be found in many studies on this subject. It distinguishes three cultures:

– Normative – the company’s employees fully agree with its goals. They are committed and fully devoted to their tasks, and they often treat the workplace as a second home.
– Coercion – the opposite of normative culture. People work in a given company for financial reasons. It is true that they follow the applicable rules and values, but do not identify with them. This makes the level of employee involvement low, they have no hesitation to leave the company when the opportunity arises.
– Utilitarian – one could say that it is situated between the culture of coercion and the normative one. Employees are involved in their duties for financial reasons, but wages are not their main motivation. There is therefore a certain bond between them and the company.

The organizational culture begins to take shape at the moment of establishing the company. It is very often influenced by the personality and approach of the business founders. It is worth remembering that each enterprise is influenced by various internal and external factors. Organizational culture may change accordingly. Of great importance is, among others the age of the employees and their character traits. Usually, younger people are more risk-prone and open to changes, thanks to which the company becomes more dynamic. On the other hand, older employees attach importance mainly to the sense of security and tradition. The industry, competition in the market or even the value system of the society are also important for the organizational culture.

Why is organizational culture important and how to create it?

The culture of the organization greatly influences the way the company operates. It determines not only the types of relations between employees, but also determines the way in which it is perceived by customers. Not every person using the offer of a selected company knows its system of values. However, it can be easily seen when employees are involved, conscientiously fulfill their duties and, above all, care about the right approach to customers. It is thanks to the organizational culture that everyone can experience the values and the code of ethics adopted by a given company. Thanks to it, the company also gains a chance to stand out from the competition. It is not uncommon that the elements of the organizational culture have a decisive impact on customers’ purchasing decisions, so everything should be carefully prepared.

More and more often it is said that organizational culture plays an equally important role as a good operating strategy. Even a very original business idea will not be successful if the right organizational culture is not built. However, many entrepreneurs have doubts about how to do this. You should pay attention to, among others on the selection of people for the team, but not only in terms of knowledge, competences and skills. It is also necessary to take into account whether future employees agree with the values on which the company wants to focus. Other important aspects include:

– consistency (between what is said in the company and what happens later),
– specifically formulated standards and expectations,
– skillful listening to employees, using their creativity and talents,
– establishing clear rules, respectfully,
– encouraging employees to discuss (especially about what works for the company and what doesn’t),
– discussing failures and learning from them for the future.

In the era of a pandemic, supporting employees has become even more important in the context of creating organizational culture. They may feel stressed and insecure about the future, and have problems finding work-life balance. For this reason, it is important to pay attention to their mental health and make them feel safe. This shows employees that regardless of the circumstances, they can count on their company and are an important part of it.

Neglecting the individual elements that make up the organizational culture may affect the fate of the company. There is a risk that it will develop too slowly or not at all, and therefore will not be successful. An underdeveloped organizational culture means that employees are not motivated to work, there are also other problems such as avoiding active action, lack of willingness to improve oneself and the entire business, or a negative image of the company outside. Its construction is a long process, which requires finding the golden mean between too rigid approach and giving too much freedom. It is worth spending a lot of time and taking care of every detail to create or redefine the organizational culture. This will facilitate building your position and gaining an advantage over competitive enterprises, as well as creating space for employees to increase their efficiency.

The examples of how different organizational culture can be. When asking about role models, experts often point to companies such as Google, Danone or Apple. Each of them developed their own scheme of action allowing them to achieve successive successes. Entrepreneurs should be aware that the organizational culture largely determines the way their businesses operate, and the management’s approach has a key influence on its shaping.